The Beguilement of Catherine 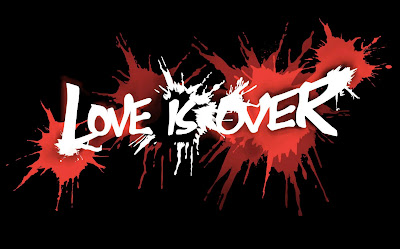 Atlus is my favorite game company, and I've been rabid for the release of puzzle/relationship sim Catherine from the moment the very first Japanese screenshots hit. Even the first trailer was a thrill for me, and I waxed philosophical over at Gamasutra about the possibilities it seemed to offer to break new ground in gaming. A game that addressed the male psyche and issues of fidelity? Add in that Persona Team is behind the title and have handled delicate matters such as true vs false identity (Honne and Tatamae in Japanese) in past times, and well, you can easily see why I was so worked up about the possibilities.

And then, it came out in America. And finally, I had my most anticipated game of the year in hand.

There were a lot of things about Catherine that I expected, and I got. I expected a man's struggle with apathy and fidelity. I expected commentary on modern romance and its pitfalls. And I of course expected that surreal touch that Persona Team games bring to all their titles. Demons, moral conflict, surreal imagery ... that's the taste of Atlus home team going to bat, alright.

What was more of interest, however, was what I did not expect -- and there was more of that than I bargained for. I expected a story that was courageous enough to poke a stick into real life issues, but I didn't expect that those issues would hold a weight that I connected to and felt directly. By the time I was halfway through Catherine, I realized that personal feelings about both women were coming up, and that those feelings would be absolutely different for each person who picked up the controller. For instance, I detested Catherine from her first appearance on, considering her to be the type of person hellbent on destroying the lives of strangers for her own fun and profit. If you've seen the game's ending, you'll know that that characterization isn't far from the truth.

Katherine, on the other hand, showed a sense of frustration I felt I could relate to. Any woman can tell you Vincent's apathy is painful in an obscure way that is difficult to understand from the female perspective. Therefore, Katherine asks for what she wants and comes across as a nag because Vincent is resistant. Vincent wants things to stay the same and seems to feel frightened of change. These are all traditional human thoughts and feelings and roles men and women find themselves in all the time-- nothing particularly out of place there.

So much of Japanese society pressures its residents to follow a "set" path, creating an unrealistic, rigid expectation of what a life should be like. Catherine takes an interesting approach in that it explores the two different paths in its eight endings, but doesn't cast any opinions on which is favorable. In fact, the meter that changes based on Vincent's decisions has a red and a blue side, which we traditionally read as "good" or "bad." But we find out later that the two ends of the scale actually mean "freedom" and "responsibility." Neither are inherently positive or negative in nature, and the "herbivore" trend of the last few years in Japan reflects that the seesaw between the two may be starting to even out in the other direction.

The broader statement of Catherine is distinctly non-Japanese in nature, despite all its recognition of the country's societal tropes. Much like the way Persona 4 dealt openly with the parts of people that they hide, Catherine suggests that rather than follow the way of the "sheep", we make our own decisions on how to live, whether they be towards acceptable societal norms ... or the opposite.

Of course Catherine carried weight that affected me as a player, because it made me question myself. Not about what I thought about the value of fidelity (as I thought it would), but a much larger question about the type of life I choose to lead. Freedom and responsibility can be both good and bad, depending on one's perception as you experience both states. And yeah, cheating is still shitty if you don't have an agreement with your partner that allows other partners. But rather than break "the rules", perhaps we should consider first whether or not they fit us in the first place.

What did you take away from playing Catherine?
Posted by Colette Bennett at 12:51 PM

I really can't say much aside from that I emphasized with Katherine's problems with Vincent a lot. Maybe it's because I'm soft, but the way Vincent just kept dodging all his problems was frustrating to watch, and I just wanted to punch him through the TV. Or just force him to run off the stage, but I was going for Gold Trophies the whole time so it went against my gaming instincts.
Also really liked Erica. Even after her revelations. I thought there was something about her character that was really compelling.

I found myself a bit resistant initially to Katherine's attitude. While it was totally clear that Vincent's apathy and lack of passion were justifiably frustrating her to no end, perhaps I could have used a bit more "prequel" to establish her relationship with Vincent. If I'd been shown a little bit more of what made them click in the first place, it might have led me to a different place. As it was, I started to feel that maybe they just plain weren't good together for the long haul, at least until Vincent decided what he wanted.

When she dropped the bomb (on Day 3, I think?), I stopped being a waffle and immediately made the responsible decision for the future, tried my best to cut off ties with Catherine, straighten up and fly right, et cetera. However, in all the poll questions, I found myself answering mostly towards the realm of chaos - towards enjoying the brief moments of life that we're allowed, pursuing ideal happiness, not trying to lay down too many expectations on one's partner. And perhaps because of those, it turns out that a late vow of fidelity just wasn't enough to win Katherine back over. She wants a man who wants to be there because he WANTS to be, not because "it's the upstanding thing to do." And in her heart of hearts, she did not believe that Vincent really wanted to be.

This definitely made me reflect on my real-life romantic successes and failures, but let's neatly sidestep that conversation and talk about how my Vincent ended up. ^_^; Which, predictably, was living in a volatile relationship with a phantom of desire that might evaporate at any moment - but grinning big and stupidly happy in that moment. I'm not quite like Vincent - but I'm like him enough to be happy for him, and to think about what having a happy life in this world might entail. The short conclusion is - If Atlus produces more games that make me think, I'll be a happy man.

I found Katherine to be far too similar to my girlfriends in the past (almost all of which have cheated on me). So when Vincent began thinking she was cheating on him, my instinct to distance myself from her really kicked in and I went running to Catherine.

It's amazing to hear others stories about how it touched them in such a real way. Can't help but feel like this is what games should be doing more of.

I didn't know where to put this so I guess I'll just say what I have to on here. Had it not been for you I would have never started my own blog. I loved the Idea of Tomopop so much that I decided I wanted to start something similar. I never really got to thank you personally @ all and by the time I got everything situated you had already left tomopop. So thank you Colette Bennett, you inspired someone who hated writing for many years to start his own blog.

I didn't know where to put this so I guess I'll just say what I have to on here. Had it not been for you I would have never started my own blog. I loved the Idea of Tomopop so much that I decided I wanted to start something similar. I never really got to thank you personally @ all and by the time I got everything situated you had already left tomopop. So thank you Colette Bennett, you inspired someone who hated writing for many years to start his own blog.