Why I won't buy the Xbox One 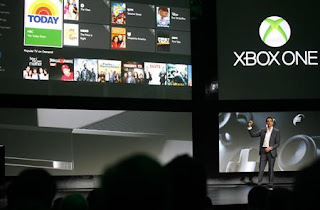 The Xbox One certainly looks like a major technical achievement when it comes to home entertainment. In fact, it does so much stuff it really has no right to call itself a gaming console at all -- and that was very much on purpose, as was evidenced by how little gaming actually figured into Microsoft's presentation today. We were shown a console that doesn't even need a remote control to shift between options. Instead, we speak to it, and it reacts to our commands in less than a second.

In addition to playing games, it also allows us to watch television, access movies, split our screens and Skype someone while we watch or play something on the side, buy digital content, and wirelessly sync itself with all of our other devices. It promises a life that flows so easily, we never need to strain or make any effort. Everything we might want will be fed to us.

In other words, Microsoft will make it easier than ever for us to divide our attention between multiple forms of entertainment, meaning that for each time we do so, our ability to be present lessens just a bit more.

As I watched this device's introduction, which seemed like a bit of "Minority Report" dropped into my world as I know it, I divided my own attention between the presentation and my Twitter account. I work in news, which means I usually am plugged in to no less than three chat clients, two email inboxes and five to ten websites at a time, so when I've only got two things going on, it feels as if I am actually paying a decent amount of attention to both of them. Or so I tell myself.

My friends and colleagues were blowing up Twitter with the kind of feedback that you can only relish if you've participated in the game industry for a period of time. Some were fairly straightforward about their take on Microsoft's announcment.


From all I've seen: The Xbox One is an entertainment system and the PS4 is a game console. Should be easier for consumers to decide this gen
— Dave Oshry (@DaveOshry) May 21, 2013

Some journalists felt that Microsoft was taking a step in the wrong direction.


Oh yeah, the way to save console gaming is totally to release hardware that only a privileged, likely older generation would want/use
— leighalexander (@leighalexander) May 21, 2013

And then, there was the financial reaction, which might be more telling than anyone's opinions.

As impressive as the Xbox One is, I doubt I'll buy one. Even as I type that, I laugh a little -- who wouldn't want such an intuitive, impressive device to be the heart of their entertainment space? I'm not shutting myself down to that, not one bit. In fact, I'm really not even put off by the idea that the console is "always listening," as The Verge pointed out. My cell phone can already track where I am at any given time. You can either throw away all your modern devices and live in a cave or accept that this is a part of our society and enjoy what it has for us.

The main reason I decided I wouldn't want the Xbox One had nothing to do with today's presentation. It only served as a reminder that Microsoft are still, and have always been, uninterested in women. Men buy their consoles and  devs design men's games for them. It's a thriving market, and much bigger than the percentage of women who are interested in gaming. They can't be blamed for doing it. But there's some part of me that feels like the efforts towards making television programming is the best they can do at including women in their demographic. Cause hey, chicks like TV.

The other reason I don't want the Xbox One is that, quite simply, it offers too much at one time. That sounds like the opposite of a problem, but I've had rising concerns about distraction in my gaming life lately (and in fact, in my life in general). Personally, I find myself less drawn to the big budget fanfare and more to quiet, smaller productions that are telling stories in a way that is unconcerned with meeting a quota. Kentucky Route Zero perfectly embodied that, and I'm sure other titles will do the same. What felt the best playing that game was that it had my absolute attention. I didn't check Twitter or run to Facebook in the middle of my play time because I was bored or distracted. It held me rapt, and for that few hours I played episode one, I was completely focused on having one pure experience.

Will Sony offer something similar in a few months when the PS4 is unveiled? They might. But I am sure that whatever they offer, it will likely include a wider demographic in its sights. And thats why I'll remain a Sony fan. I appreciate being considered.

Posted by Colette Bennett at 5:13 PM

I have owned both Microsoft consoles but I think I'm going to sit this "ONE" out. This machine looks to be more of a set top box that also plays games. About 18 months ago, I "Cut the Cord" and cancelled Cable TV (Sorry Collette).

I work in television as well and I found that most TV networks are just added noise that I don't need to hear. I've found that I now read more, but I also play more games. And with a gaming console, that's where the emphasis should be.

I agree wholeheartedly about the idea of distraction in gaming. There's something about Microsoft's idea of an always connected device that never gelled with me. Yes, I do enjoy playing co-op online and the rare occasion for a deathmatch is quite cathartic. I was actually thankful that the Playstation 3 could not support an always on Party Chat System.

Lately, I have gravitated to dedicated single player and indie developed experiences. There's nothing worse in gaming than being totally engrossed in a story, only to be taken out of it by a drunk friend asking you to turn of that trash and boot up some COD.

I've primarily used my Xboxes as a way to play exclusive titles. I bought the original for Knights of the Old Republic and the 360 for Mass Effect and Alan Wake. I've since used it sparingly for other games.

So, without cable to feed the "Box" and very few new games shown, I don't think that Microsoft has built anything that I can use this time out.

You know, I hadn't really considered the angle of that this is Microsoft's admittedly confused and half assed way of trying to appeal to a demographic that isn't young white men. Almost as if it really is the only way to expand their market.

But I totally agree about the information overload this console provides. We're reinforced as a culture that multitasking is a part of our modern world, when multitasking is just a myth. Even with all the fancy features on consoles now, I just find myself using the main game features and netflix. We don't need this much in a game console.