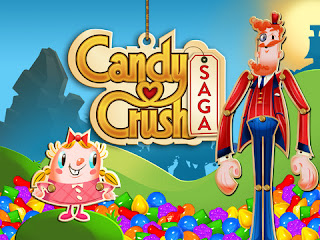 A few weeks ago I had started to notice that Facebook friends were playing an awful lot of some game called Candy Crush Saga. While I've played my share of Facebook games, very few hold my attention for long. In fact, I will even admit that I hold some silent, closely cloaked disdain for them that I rarely will admit to harboring (well, at least until this point, where I have admitted it aloud).

Modern peer pressure is a funny thing. In high school, people had to talk you into trying drugs or sneaking out past your curfew. In the Facebook age,  you don't even need people to urge you -- all you have to do is see enough people post about a thing before you end up clicking it, pure curiosity being enough to drive you to see what its all about. And even when I finally clicked the link to bring me to the Candy Crush Saga app, I was kind of grinding my teeth a bit. Gamers that respect themselves (and what THAT means I cannot tell you) don't play this drivel, I told myself. It's a match three game that tries to get you to spend money to buy power ups. It's so cheap. So COMMON.

I played the introductory levels, all the time waiting to be bit by this bug that had apparently infected so many of my friends and their friends. And I saw exactly what I expected to see: a preset path dotted with levels, a ranking system that allowed you to score more to achieve more stars per level and beat your friends' scores, and a whole lot of options to spend money on buffs. And of course, the blaring reminder each time you beat a friend, and the option to gloat to them about it via a post on their Facebook page. Nothing vastly innovative happening here. 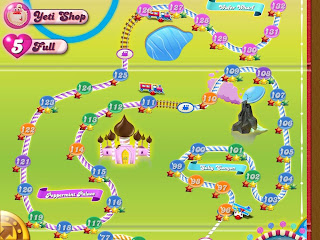 Some days went by and I didn't feel any desire to go back to the game. I downloaded it on my phone too, but felt a bit dirty playing it and deleted it soon after. And then a friend played it on his phone in front of me for a while and I watched him play, never feeling particularly aware or interested to play it myself.

The next day, I played for hours.

As I played, I thought about a variety of things. One of them was my own take on "dead air" games, which means a title that takes little to no thought and or/effort to participate in. For me, most Facebook games fall into this category. They can be picked up at anytime, easily forgotten, and easily returned to. They don't require any of the normal cycle that a shelf (or even a downloadable) title may have to go through in order to catch a consumer's eye. They're free, and they're embedded right in the middle of the world's most-used social network.

I hate dead-air games. That's because I like to think. But I also recognize that there's a need for them. They have a calming (read: numbing) effect. They let people feel like they're concentrating without really concentrating. And they exercise puzzle-solving skills on the most basic level. Even when you hit a wall, it's like a rubber wall. You bounce off gently, dust yourself off, and try again without feeling too much like you fell down in the first place.

When I got stuck in Candy Crush Saga, I found myself clicking the plentiful banners to check out what the other Saga games were like. And I found out that there's a saga for just about every kind of game you can imagine, and those are all coming from one company called King. Not sure what kind of factory they're running over there in Sweden, but whatever it is, they've hit upon a formula that works well for them. As a result Candy Crush Saga is like the new Farmville -- just as addictive, and just as good at occupying your time. 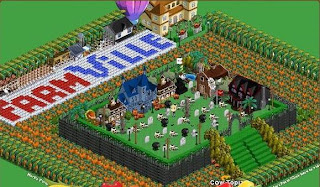 One thing that King gets right with these titles -- and an integral part of why they work so well -- is that they cater to the needs of adults. There was a time when this sort of game was exclusively reserved for the forty-something female cubicle slave; any self-respecting gamer would have been ashamed to play it. That was probably eight years ago. Today, many of my friends are in their thirties and find they have a lot more to balance game time with than they did ten years earlier. I talked about the phenomenon when I wrote about the "Diablo Blues" -- its a result of having a hobby that must change in order to fit your needs. It makes more sense to play a game that's already on your computer at work and easy to access then it does to go home and ignore your family, the gym, and your need to eat dinner to fire up your gaming consoles.

Is there a value to these games? There is. Sure, they use a cheap approach I don't like when it comes to how they try to get you to spend money to buy power-ups. And how is that different from DLC packs for games I play on my PS3 or 360? Not much at all, really. But I think the most integral thing that games of this type provide is distraction - a way to shut your brain down and do something mindlessly. And I put a lot of focus on that word: mindless. That word has a terrible ring to it. I stopped playing because I didn't want to feel that feeling. But that's just for me. If you're loving every minute of it, more power to you.

The formula these games have built works, and the numbers prove it. King has pulled ahead of Zynga in the casual web games race, with 9.7 million people playing Candy Crush Saga as of January of 2013 . Despite all my reservations, I was one of those players (and as soon as Plants Vs. Zombies Adventures comes out, I'll be right there with it, clicking away again). But I notice that each time I played Candy Crush, I experienced a feeling of emptiness. I didn't take anything valuable away. That sense of vacancy points the way to a troubling idea: millions of other people are drawn to it in the exact same way, and have the same emotions I did. What does it say for us that we have such a deep craving to "waste" our time?
Posted by Colette Bennett at 7:33 PM