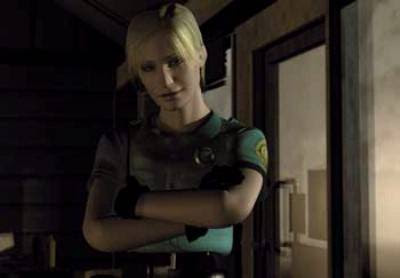 This has been a weekend for playing old games. I'm not really feeling the next gen right now, so I've been sifting through older titles that I loved to play. I was thinking about what I think of as the Hook, Line and Sinker of a game - the part that captures you and gives you the drive to play it through. I believe this phenomenon is also responsible for making you hum the game's music at work and in elevators, but that's another article all on its own.

It was during this dig that I started to replay Silent Hill. I found myself reminded that this game has one of my favorite opening ten minutes of any game I have played, old or new. Shall I remind you of the terror that lurks within?

I will admit the intro had me before I started to play the actual game. A couple standing in a graveyard holding a newborn baby? A little girl disappearing into the fog? The whole thing just left my brain fizzing and wanting more. Hilariously, I remember marveling over the quality of the graphics as well (any person who played this game and tries to go back to play it now will tell you it looks like crap).

Chasing Cheryl's image through the fog, Harry runs down an alley and through an iron gate. The first thing you see after going through the gate appears to be the bloodied corpse of an animal. The designers used angles to great advantage through this sequence, seeming to skewer the world further and further as Harry proceeds down the alleyway. I love the pacing of this careful descent - it created unforgettable emotion.

I remember clearly that as the sequence got darker, I felt a definite sense of dread. Little details like the squealing sound of the wheels of a broken wheelchair lent a great deal to the atmosphere. As Harry finally stumbles into the heart of the fold, he finds a dessicated corpse strung up to the fence and is attacked by tiny creatures which are surely not of this world. After passing out, he awakens in a diner and we are introduced to Cybil, the officer who will help him throughout the rest of the game.

The graphics are rough, the dialogue is wooden, yet why did I replay this title with such interest? A game like Silent Hill proves yet again that a powerful story transcends any graphical limitation - and why the technology of next gen gaming may mean nothing in the long run when it comes to making a great game. I'm hooked by it just as much now as I was when it was released eight years ago. We need more of this kind of storytelling in the modern gaming world. I can only hope developers and writers truly know it.
Posted by Colette Bennett at 1:14 PM

On my first play-through, the original Silent Hill struck me as being beyond the bounds of the normally accepted limits of horror games. I thought back on passages and couldn’t decide whether it was the game I remembered, or some weird dream evoked by the game. My brain simply wasn’t jiving with the concept of Silent Hill as “everyday videogame experience” and kept storing the memories in the wrong compartments.

Take the use of familiar locations in unsettling environments. You find yourself walking through an elementary school at night, past lockers and through classrooms. There’s an open courtyard, and it’s entirely empty. There were these long stretches where nothing would happen. And then a shape would come out of the fog and approach you, looking simultaneously like something you recognized and something altogether alien. That was the first time I got the notion of psychological horror as a genre. It wasn’t zombies jumping out at you. It was subtle cues seeping in, one layer at a time.

Nicely put, now I want to play it.