Tech Geeks vs the Game Warriors 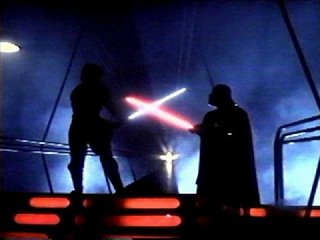 A chat with my delightfully geeky boss this morning made me realize a clear battle is emerging in the gaming universe....not just between consoles, but between the players that use them. For a long time, Nintendo reigned as king, putting even the great Atari to shame with the release of the Nintendo Entertainment System and more games than any of us knew what to do with. Sega waved it's hands winningly and some were wooed, but mostly we remained committed as the Super NES hit the market and kept on rocking, earning a quick name as the best system of all time. Turbografx 16 and Sega Saturn made brief explosions in the sky, but honestly, it was all about Nintendo for a long, long time.

With almost no warning whatsoever, Sony suddenly arrived and swallowed the market. Whole. How they did it, no one is exactly sure, but some people seem to think it was in the same way that Nintendo succeeded so beautifully back in the day-games, games, games. Playstation 1 had hundreds of games out for it before most of us bought the console itself. With that overwhelming of a selection, could Sony really alienate anybody? And if PS1 conquered the market, the release of Playstation 2 cemented it as the fastest selling gaming console in all history and presented Sony with their crown. Backwards compatibility? Dev kits for game developers? The best graphics the world had seen so far? What else did the gamers of the world need?

Later down the line, Microsoft brought the XBox onto the scene to complete with PS2. With it's bulky body and controllers so ridiculously oversized they could double as blunt weapons, it seemed specifically marketed at the main demographic of gamers:men between18-25. XBox began to develop a name for it's focus on male oriented software and top of the line graphics and gave Sony a little competition. Nintendo floundered about in the background with the Gamecube, but at this point was considered by many to be a child oriented console. Mostly, people still played a lot of PS2.

And now, we stand at the dawning of yet another new era in game evolution. Nintendo has gained back some of the market with the Nintendo DS, which seems to have won a great success over the much anticipated PSP. XBox has released the 360 and expanded it's vision for it's software (due in no small part to lack of success in Japan). While everyone knew what to expect form the PS3, it was a bit of a shock to see Nintendo suddenly reemerge as a major contender again with a console with a completely innovative new controller, the ability to download past game libraries and best of all, a vision for a system that could possibly involve a whole new demographic of gamers. There hasn't been such an exciting clash of swords in the game world in a long time. But now, back to my original point: this current state of affairs sets us up for an obvious battle-tech geek gamer elite for the PS3 versus old school creatives for the Wii. It seemed possible that Nintendo could emerge victorious just based on price-the $600 price tag for PS3 seemed to turn off a lot of gamers, not surprisingly. But in the recent launch, Sony fans seemed as rabid as ever, standing in line over a week to be the first to obtain the console.

Now, it seems all we have to do is wait to see how the picture unfolds. Either way, it's likely to mark the industry permanently, swaying third party developers towards specific consoles. I wonder if Sony has any hope of winning. As much as I have been a fan of Playstation, I personally think the PS3 is a strategic mistake for Sony. It alienates a lot of players with it's tremendous cost. Worst of all, it leaves out a lot of children. Having been a kid whose love affair with games started at a very young age, it troubles me to think of other kids being cheated out of the opportunity. On the other hand, they'll very likely end up Wii players, considering the system's reasonable price and active play system. It sets things up looking very pretty for Nintendo. But still, you never know.

Regardless, it's a thrilling time to still be in love with games.
Posted by Colette Bennett at 2:18 PM

What's your source on the PSP vs. DS systems?

To me the whole thing between Nintendo and Sony is an age difference, by and large--Nintendo is aimed towards children and PS3 more towards adults. I don't know about market appeal, but the backwards compatibility, plus the high-end graphics (having test driven the PS3, I can tell you, blows the wii out of the water and it is a big deal when you see them side by side) gives Sony more than hope or a fighting chance--I think they'll wind up sharing the market. The real test for Sony will be it's Blu-ray tech vs. HD DVD. It seems to me HD DVD will win out and if so, Sony would be well-ddvised to make an HD DVD add on, IMHO.