The Digital Sonnet: Why I Don't Connect To Modern Games 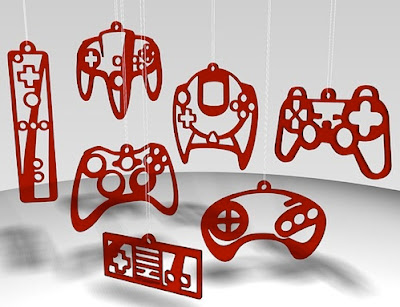 Couldn't agree more; I plan to bring those games back!

That's something I DO love about self-published, downloadable games: it makes the process affordable, or at least within reach, again. Downloadable games have opened up a hole for everyone without that big budget to come streaming through. It allows developers to create niche games that don't have to be accepted by the wider market. And don't have to be about Afghanistan or MLB or whatever.

I really hear what you're saying though, and it makes me think of how much my husband (and really anyone who's played through) loves Earthbound. It's probably his favorite game of all time, and he'll talk about how it was released just before the NES became obsolete, so it made the most of the graphics, but when it comes down to it, people just LOVE this game. And continue to play it.

And continue to ask me if I've ever heard of it because of my name. :D

I've been replaying Bioshock again lately, and the comments of one of my friends got me thinking-- it's more than possible to play these games merely as games and take nothing away from it. As a player, you miss the beautiful and intricate details that make Rapture a REAL place and only see the somewhat mediocre gameplay that can encourage rushing forward without thinking (thanks to the Vita-Chambers). But these big name big budget games can still offer a very unique experience when they do take that chance and we're willing to reward the developers for that. The time and effort spent in making Rapture real with the art, the architecture, the music, everything is a culmination of where games have come today. Big budgets have given unique experiences that were only possible today like Bayonetta or Wind Waker, and will continue to do so with Bioshock Infinite and Journey, etc etc.

I think it says a lot about us, the people who play that games now, that we can pick up these mass appeal products and look past that to see the beauty of Rapture, the melancholiness of Shadow of the Colossus, the raw emotion of Metal Gear Solid 4. That we so hunger for these experiences that we'll always blindly support smaller indie titles just to see that happen.

I've been thinking about this same sort of thing lately, and I think we're only starting to see the beginning of the best age of video games. We're moving forward with expert technology, but (whether intentionally or as a fad) are staying in touch with the side of us that enjoys classic 8-bit gameplay. We're already seeing overnight success stories with underdogs like Bioshock, Portal, and Super Meat Boy, proving that it takes more than a million bucks from EA to make a game that players will notice and support. I think the next step is to move away from the monetization of games, and begin creating games for art's sake. And with games being more universally accepted than ever before and games being more nationally heralded as free speech and art, that day could soon be very close.

I read an article the other week, and I can't remember who wrote it for the life of me, but it painted a very cynical picture of the industry as a whole. How almost every major game announced at E3 involved staring down the barrel of a gun and how each of those games lacked any sense of creativity.

The truth of the matter is that developers and publishers alike have become increasingly hesitant to risk their studios on original, unproven content. In a sense, it's become much like Hollywood in recent years.

At least in Hollywood they'll simply tack Spielberg's name on a project in order to overcome the perceived public opposition their unknown property would likely face -- TNT's Falling Skies, or J.J. Abram's Super 8 for example. The gaming industry seeming lacks an individual they can push as the messiah of creativity, though some might argue this isn't always the case.

You'll see names like Kojima, Miyamoto, and Molyneux touted, but the moment one of them have a misstep, their employers confidence seems to dwindle. Kojima recently had one of his projects canceled, no doubt due in part to the lackluster sales of his recent projects, and Molneux's E3 demonstration of Lionhead's upcoming Kinect venture has left many people scratching their heads.

When it comes down to it, the indie developers are all that's left. I've had some amazing experiences with indie titles in recent years and I expect that'll continue to be the case. At this point, the ball is in their court. How far they're willing to run with it remains to be seen.

I agree with a lot of the feelings there, but find a few ways around them. For the past few years I've been struggling with the same childhood desire for games to become mainstream, and now that they are I realized that the games I liked didn't become mainstream, so now I have all this experience but none of the FPS talent required to look competent.

My solution has been to focus almost exclusively on my backlog of games yet to play. Right now I'm blasting through Pikmin 2 and loving it immensely, then maybe I'll deal with Bioshock 2. I rely nearly exclusively on games I already own or games people lend me and thus far it's served me pretty well.