Being a solo gamer in a multiplayer world 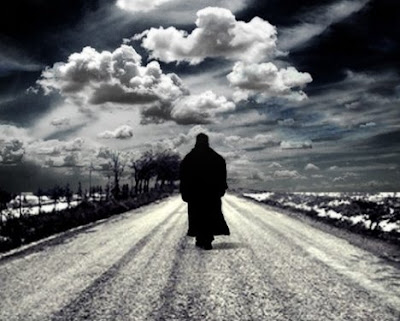 Being a gamer over 30 means that you likely fell in love with gaming a long time ago. For me, that affair started around age 6, as my uncle showed me the Atari and I prowled through his Commodore 64 collection, wondering what the stone that came with Wishbringer was really for and fantasizing about kicking the sh*t out of Zork for not understanding my commands.

While a lot of kids turn to games as a way to share fun with their peers, in the time period I discovered games, they were very much the opposite for me -- since I was a bookworm and a bit of a loner, games were more like an escape -- a place where I could be alone and yet not quite alone, and have an adventure with friends that, while not real flesh-and-blood people, provided some of the most important friendships I ever had.

Twenty years later, the future is pointing at an age of gaming in which all of our activities are shared -- from friend lists to Microsoft's recent addition of parties, you are always accessible for multiplayer games, chat and more. In fact, games, like LittleBigPlanet focus mostly on user content and online play, taking all focus away from the single-player adventure.

These are all great advancements and certainly follow the flow of current technology to interconnect our world as completely as possible, but where in this new world is there a place for the solo gamer, one who not only enjoys the experience of playing a game alone, but actually (gasp) holds those gaming experiences above those he or she has with other players?
People who are fans of multiplayer games are already talking back, I know it -- you're saying, "If you don't want to play with other people, just don't sign into Xbox Live!" And you know, you're right. I don't have to do that. In fact, despite the fact I love to game alone, I do also sometimes enjoy playing with other people, and I do enjoy the ability to interconnect with them so easily at any time.

The thing is, people who have never been heavy into the solo experience in a game are just not going to get it. Why play a game alone when you could play it with other people? That's like going to a movie alone. Which, of course, I also enjoy doing. Often.

A common complaint about the recent RPG Fallout 3 touches a little bit on the "why" of what solo gamers passionately pursue. Some gamers said they disliked the beginning of the game in which your character grows up in the Vault, where you are surrounded by other people. Personally I found that when I escaped the Vault and got out into the open landscape, I found what I was looking for: the experience of feeling completely alone on an adventure that you are wholly responsible for.

I suppose it's a lot like reading a book. There's an almost reverential quality to the experience, because even though thousands of other people will read the same book, the unique way you will process it and how it will affect you is all yours. While total immersion into a game enviroment is being praised in games like Dead Space, solo gamers have to laugh -- we've had total immersion in the games we've played for a few decades now, not because of advanced graphics or sound, but because of our isolation and imaginations.

Because of my experiences as a solo gamer, I traveled with Crono and his friends and enjoyed their company as if they were my friends, I mourned the death of Nei in a way that actually prepared me to face real loss later in life (laughable, I know, but true), and I learned some pretty valuable lessons about life in general.

I think if I had had friends to share these games with at the time, I wouldn't have had the amount of free time to devote my attention to them in the same way. I would have been more distracted by those real-life interactions, and while that wouldn't have been a bad thing, I don't regret being an isolated gamer back then. I think the inability to share these gaming experiences with other people made them even more special to me -- and I believe the people who listen faithfully to RetroforceGO! on a weekly basis may understand exactly what I am trying to say here.

So yeah, I'm glad that today I can turn on my 360 and be instantly connected to a hundred friends who can invite me to parties, chat with me and enjoy games with me in real time. I think that rocks, and I'm so grateful that I'm getting to experience something like that in my lifetime. At the same time, some days I'm going to go buy a game, come home, turn out all the lights and make sure that I'm not signed on to anything that shows other people I'm there. While it may not measure up to being verbally abused by strangers on Xbox Live, I still kind of enjoy it.

Posted by Colette Bennett at 12:11 PM

Yeah. I play mostly solo games too. I just got done playing Resident Evil 5 and loved it.

I'm pretty much the same way, Colette. I hop onto my 360 and see lots of folks on my list playing MP shooters, but I'm more interested in turning down the lights and roaming the Capitol Wasteland. Even going back 10 years ago, I always enjoyed SP games like Zelda to my roommates obsession with Goldeneye.

For all the focus on MP, there's still a lot of us out there. Look at the stats that say only something like half of those with online-enable consoles are connected. It's not just ignorance; some people don't necessarily want to always be connected.

I hope these experiences don't go away anytime soon.

Excellent post. I could write a book with all the things I want to say about the functions and abilities of single and multiplayer games.

I sympathize with you in the championing of solo play.

it's the way of life.. born with that :P